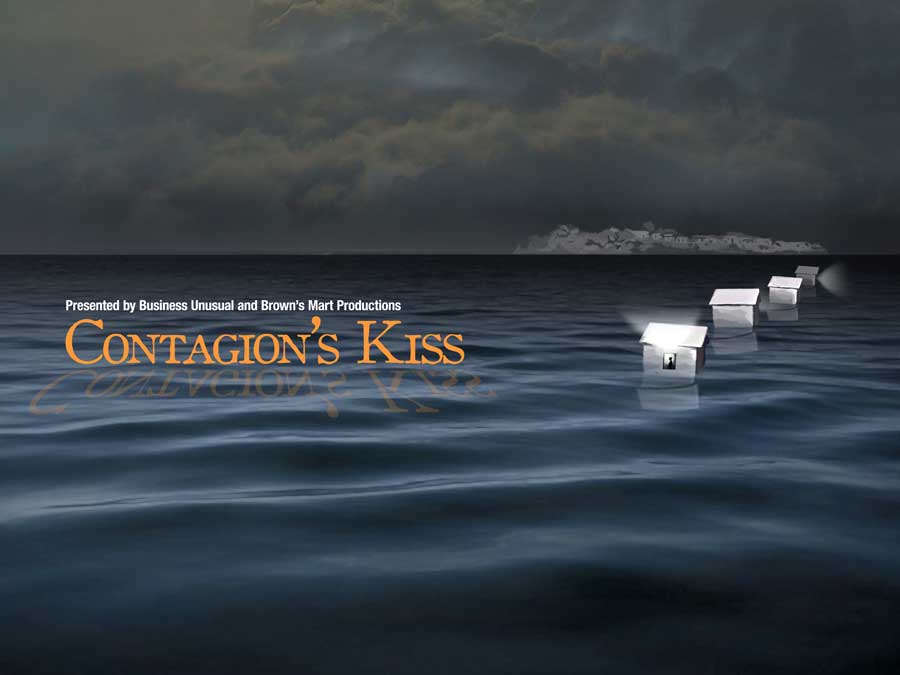 As a team we are passionate about making theatre that draws on the unique stories of Darwin. Our work explores the dual perspective and the connection between the Indigenous and non-Indigenous stories and experience.

Contagion’s Kiss reveals the strength of the human spirit inspired by true and rich accounts of three locals, stigmatised and abandoned in isolation at the Channel Island Leprosarium between 1931 – 1955.

Their fates were sealed in an extreme, and segregated environment, separated from their families with no means to escape the Island or Government policy.

Featuring the craft of mask and puppet specialists Nicky Fearn, Samantha Chalmers and Conor Fox and a score composed by Melbourne multi-instrumentalist, Biddy Connor, Contagion’s Kiss celebrates survival and difference and reveals the strengths of the human spirit.

Working with Melbourne designer Marg Horwell, Nicky and Green Room award winner Sarah Cathcart, stepped out of their comfort zone to explore ways of communicating concepts through image and telling a complex and emotional true story without the spoken word. Marg Horwell created a powerful set/installation of a space filled with suspended rocks for the performers to work within 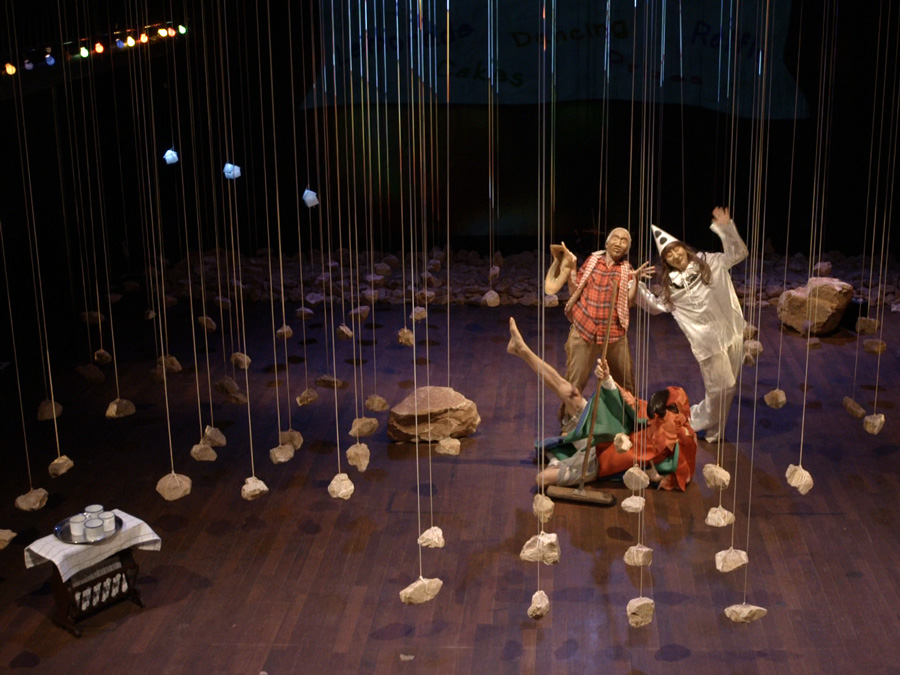 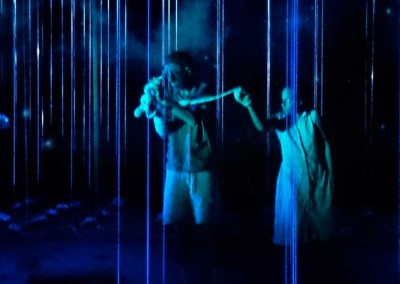 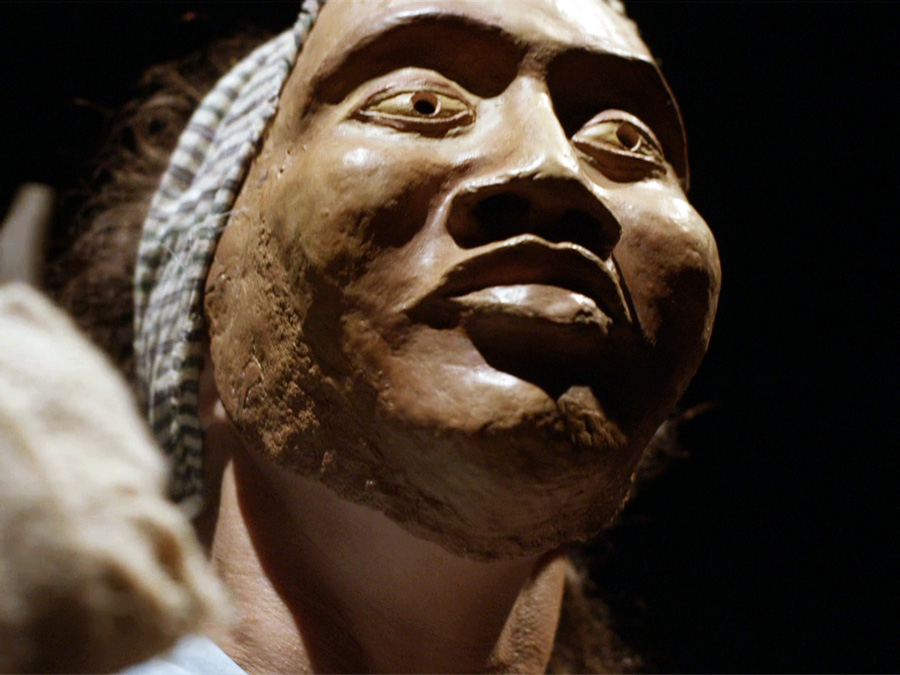 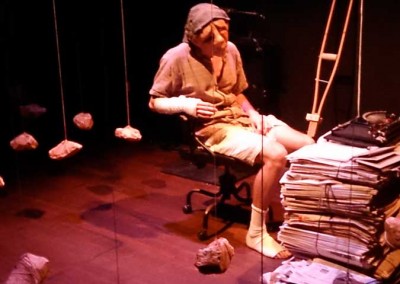 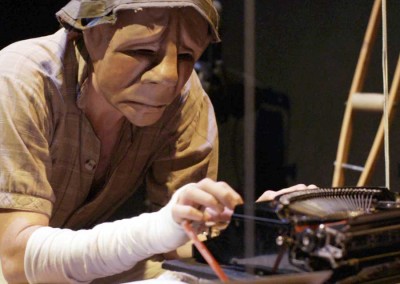