“…Tracy is a creative and poignant production with two strong actors who bring home to the audience what it was like to survive a devastating cyclone.” 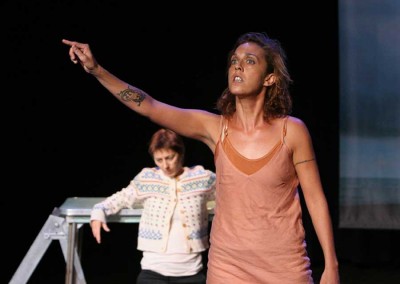 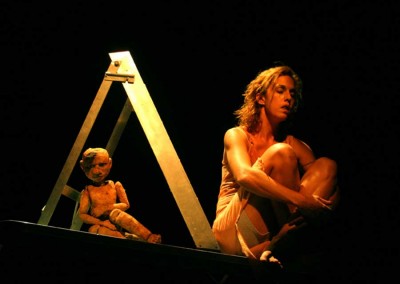 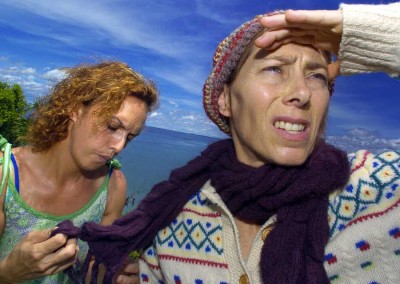 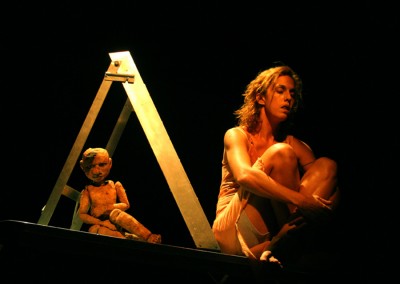 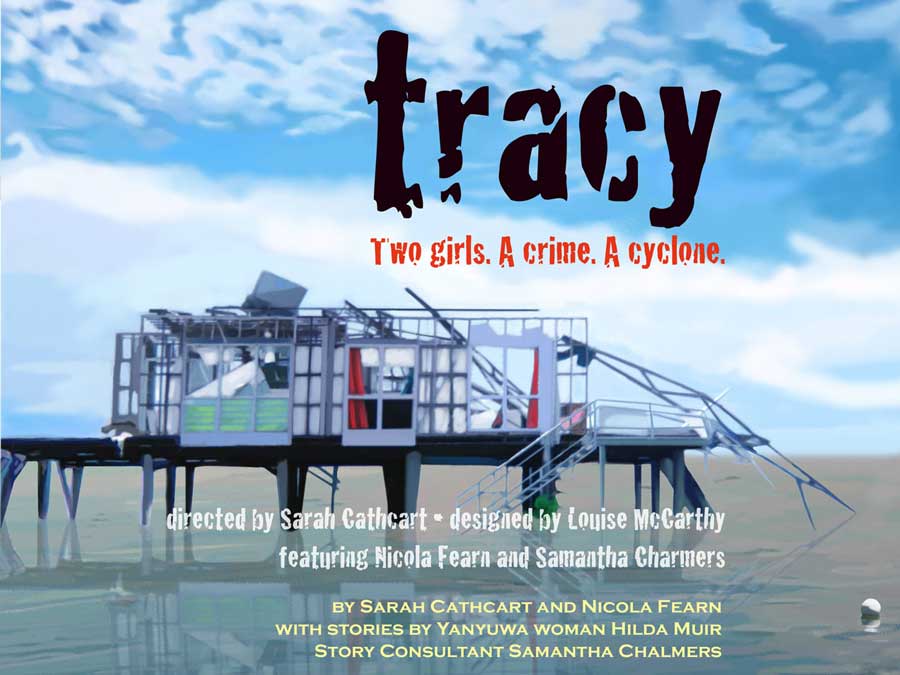 Two girls. A crime. A cyclone.

An English schoolgirl arrives in Darwin on the eve of Cyclone Tracy. An Aboriginal girl is rounded up and walked into town after a tribal spearing.

In a story of bankruptcy, murder and betrayal, Business Unusual creates an evocative and powerful piece of story-telling that combines physicality, puppetry and mask with original music.

Tracy is based on the extraordinary family stories of Samantha Chalmers, Nicola Fearn and survivors of Cyclone Tracy.

Set in Darwin, Borroloola, and Devon in the UK, Tracy tells the story of two young girls leading very different lives who suffer displacement and loss twice over and find themselves in the centre of the most frightening storm ever to hit the coast of Australia.

Business Unusual’s Artistic Director, Nicky Fearn, is cast in an autobiographical role, which depicts her idyllic life in rural England brought to an abrupt halt by a life-changing event that causes the family to flee England for Australia. They arrive in Darwin only months before the cyclone Tracy hits.

Meanwhile Darwin dancer Samantha Chalmers brings the story of her grandmother Hilda Muir to life, telling the intriguing story of her journey to Darwin from Borroloola after a murder takes place on her traditional homelands. She grows up in Kahlin Compound, home for the stolen generation, and finds herself disconnected from her people and destined for a life in Darwin until Tracy comes and shatters her very existence.

Director Sarah Cathcart saw the seeds of this play when she was in Darwin working on the production of The Pearler. “Hearing the stories of Nicky’s arrival in Darwin and finding out about Samantha’s grandmother just spoke volumes to me in terms of drama,” she said. “Seeing how well they worked together on stage, I just thought there has got to be a show in this, and Cyclone Tracy hasn’t been done in theatre.”

After three years in development, this harrowing story of loss and survival is a powerful tribute to all those who lived through Tracy. Focussing as it does, on the intimate stories of two girls growing up amidst very different forms of chaos, the play attempts to answer the question of how a place becomes a home. It’s about finding a foothold and adapting to the aftermath of disaster.